Dated 1860-1874. From Working papers and experimental observations relating to optics including polarisation, photometry, spectra and the characteristics of light, [1840-1875].

Notes compiled by Charles Wheatstone on colour, notably including experimental observations on the colouration of metallic salts and various dyes including Magdala or Naphthaline Red, Golden Roseine and Humboldt Blue, fluorescence, surface films on glass and metals, and the effects of acids on the colouration of sulphates and carbonates, 1873-1874; proposed improvements to the spectroscope; brief observations concerning sunlight, prismatic analysis and the spectra of rock crystal; reflections on the optical phenomenon known as 'Newton's rings'. 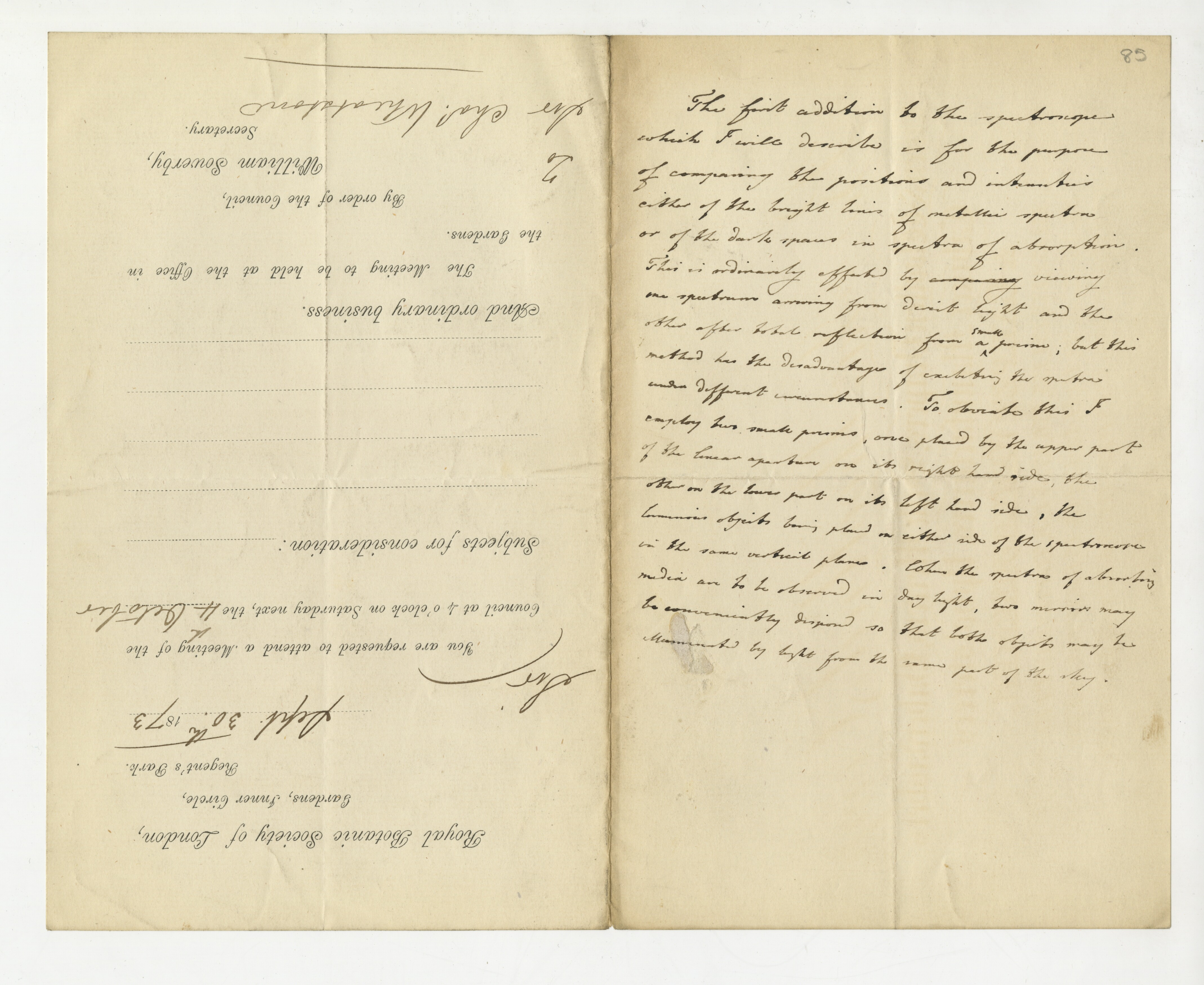