Dated 1834-1875. From Series of notes describing experiments to investigate the nature of electricity, magnetism and thermodynamics, [1834-1855].

Papers relating to magnetism, comprising experimental observations and test results of electromagnets in different configurations; notes on a magnetic flywheel and governor; criticism by Charles Wheatstone of the remarks of Josiah Latimer Clark (1822-1898), electrical engineer, concerning electrical resistance; experiments to test the electrical capacities and insulating capabilities of various substances; conjectures relating to the employment of mercury as a medium for electrical conduction; draft comments intended for lectures or papers presented by Wheatstone including brief observations illustrative of Wheatstone's relationship with his academic peers and his working methods. With sketches, diagrams and tables of data 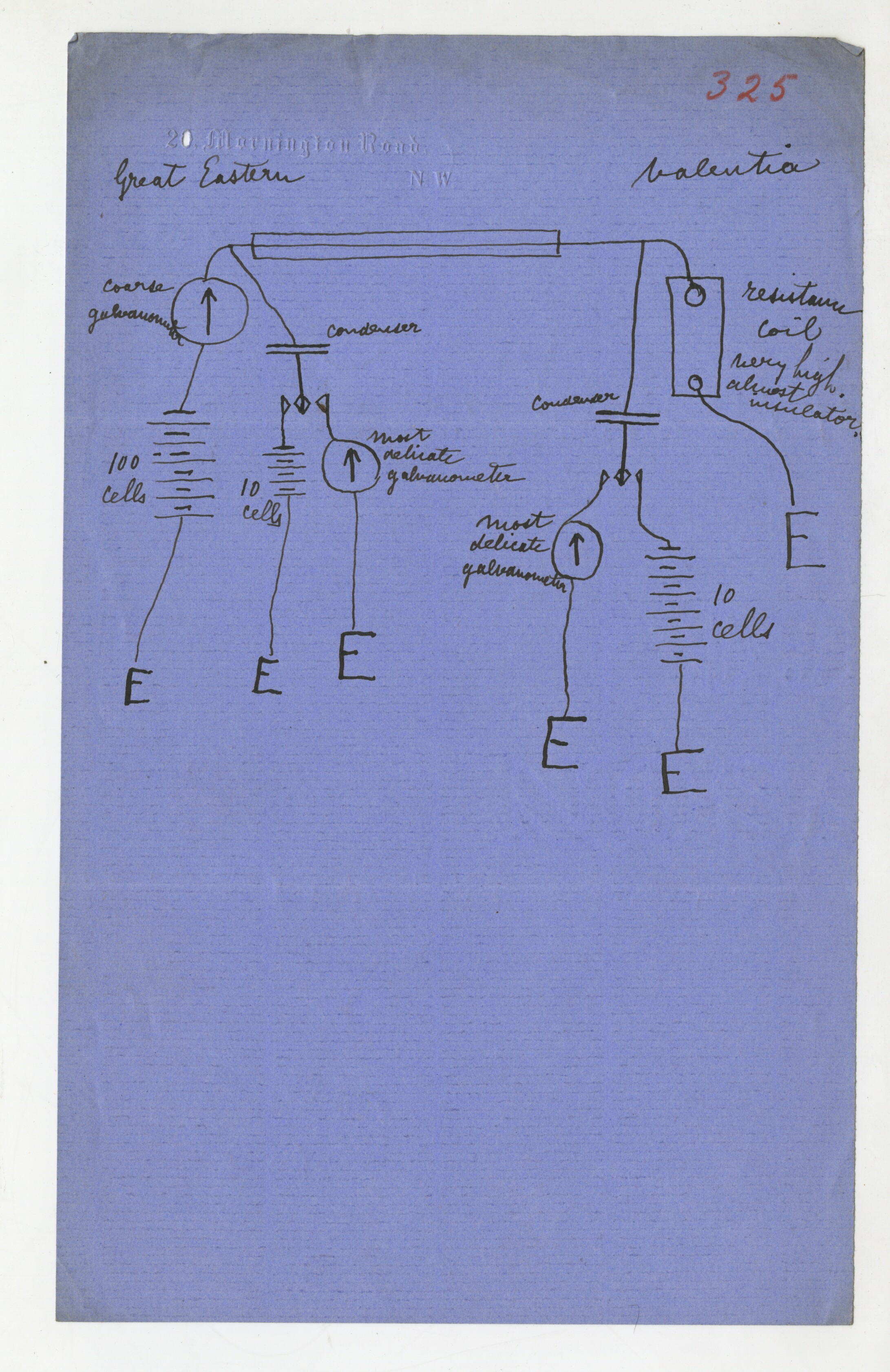