Dated 1834-1875. From Series of notes describing experiments to investigate the nature of electricity, magnetism and thermodynamics, [1834-1855].

Papers principally relating to electrical charge, notably including experiments to measure the charge of various materials including ebonite, ivory and rock crystal, 1872; experiments using electromagnets and specifications of components, with diagrams; description of the use of the double electrometer, magnetic gyroscope and an electromagnetic induction coil or ‘inductorium’ developed by Alfred Apps (1839-1913), optical and scientific instrument maker; notes on experiments described by the mathematician and physicist, Peter Barlow (1776-1862), in An essay on magnetic attraction (London, 1823); summaries and commentaries by Charles Wheatstone of then current explanations for magnetic induction, the distribution of magnetism in magnets and electromotive force, including perceived deficiencies in the electrodynamic theory of André-Marie Ampére (1775-1836), French physicist. 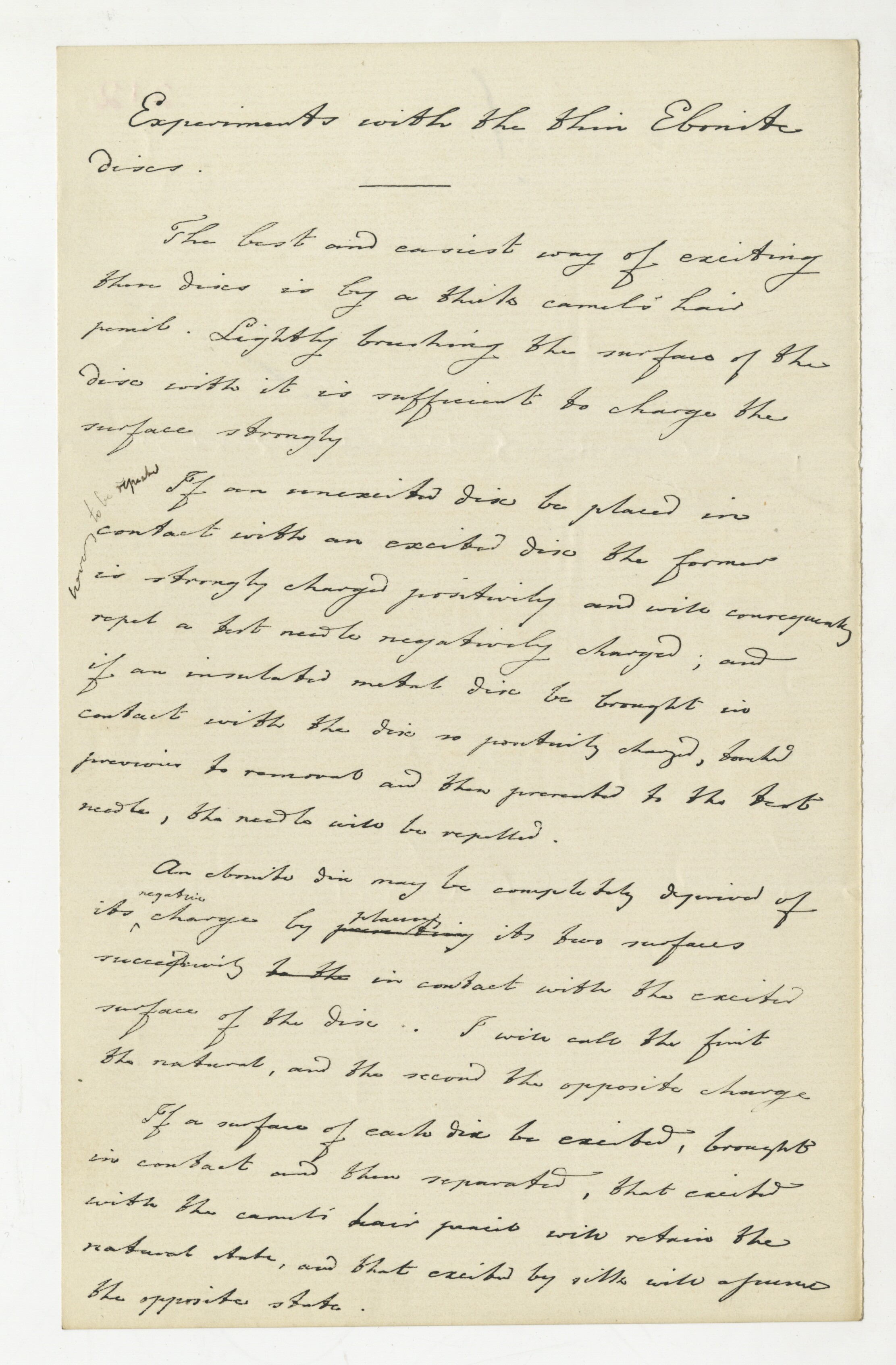