Dated 1836-1872. From Working papers, experimental notes and correspondence relating to the development of the electric telegraph, [1836-1960].

Papers relating to the development of the electric telegraph, notably including the report of a disputed claim concerning the invention of a version of the voltaic cell developed by John Frederic Daniell (1790-1845), chemist and professor at King’s College London, 1836; descriptions of experimental proposals by Wheatstone including those to determine the angular deviations of the needle of Melloni’s galvanometer [Macedonio Melloni (1798-1854), Italian physicist] by a constant current, 1841; descriptions of Wheatstone's telegraph, 1844; observations on the phosphorescent effects associated with telegraph cables, 1866; the investigation of the nature of 'extra current'; experiments to test the veracity of the theory of induction by Michael Faraday (1791-1867), natural philosopher; proposals for the improvement of electric light; suggestions for improvements to electrical measurement devices notably including the galvanometer, the rotary discharger, and a type of battery known as the 'electrical torpedo'. 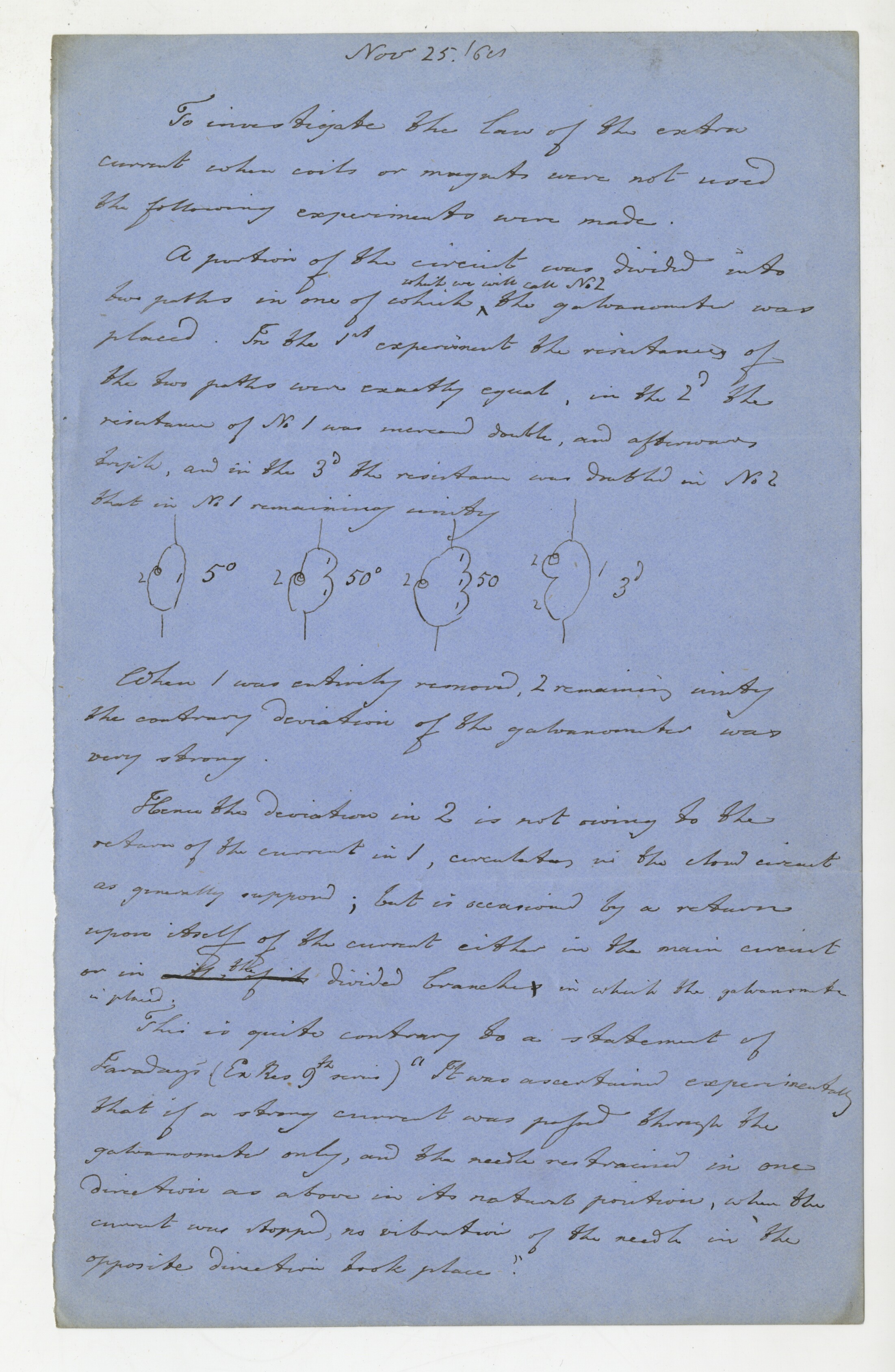