Dated 1839-1868. From Working papers, experimental notes and correspondence relating to the development of the electric telegraph, [1836-1960].

Papers relating to the development of the electric telegraph, notably including inventories of electrical instruments, and of books and instruments lent to colleagues by Wheatstone, 1861-1862; observations by Wheatstone on the telegraph alphabet and examples of Morse code, on the practical application of telegraph and electromagnetic devices such as parliamentary division bells, calculating machines and turnstiles, and the theoretical possibility of developing primitive mine clearance devices based upon electromagnetic technology, 1859-1867; correspondence between Wheatstone and the Electric International Telegraph Company on improvements to apparatus, 1868; sketches of electrical circuit diagrams with equations and thumbnail sketch of the single needle telegraph; notes extracted from a paper presented by Sir William Snow Harris (1791-1867), natural philosopher and Fellow of the Royal Society, on electrical potential; observations on the spontaneous charge of a submarine cable and on cable insulation; descriptions of experiments to improve the effectiveness of batteries; reflections on the theory of electricity at the molecular level and the relationship between static and dynamic electricity. 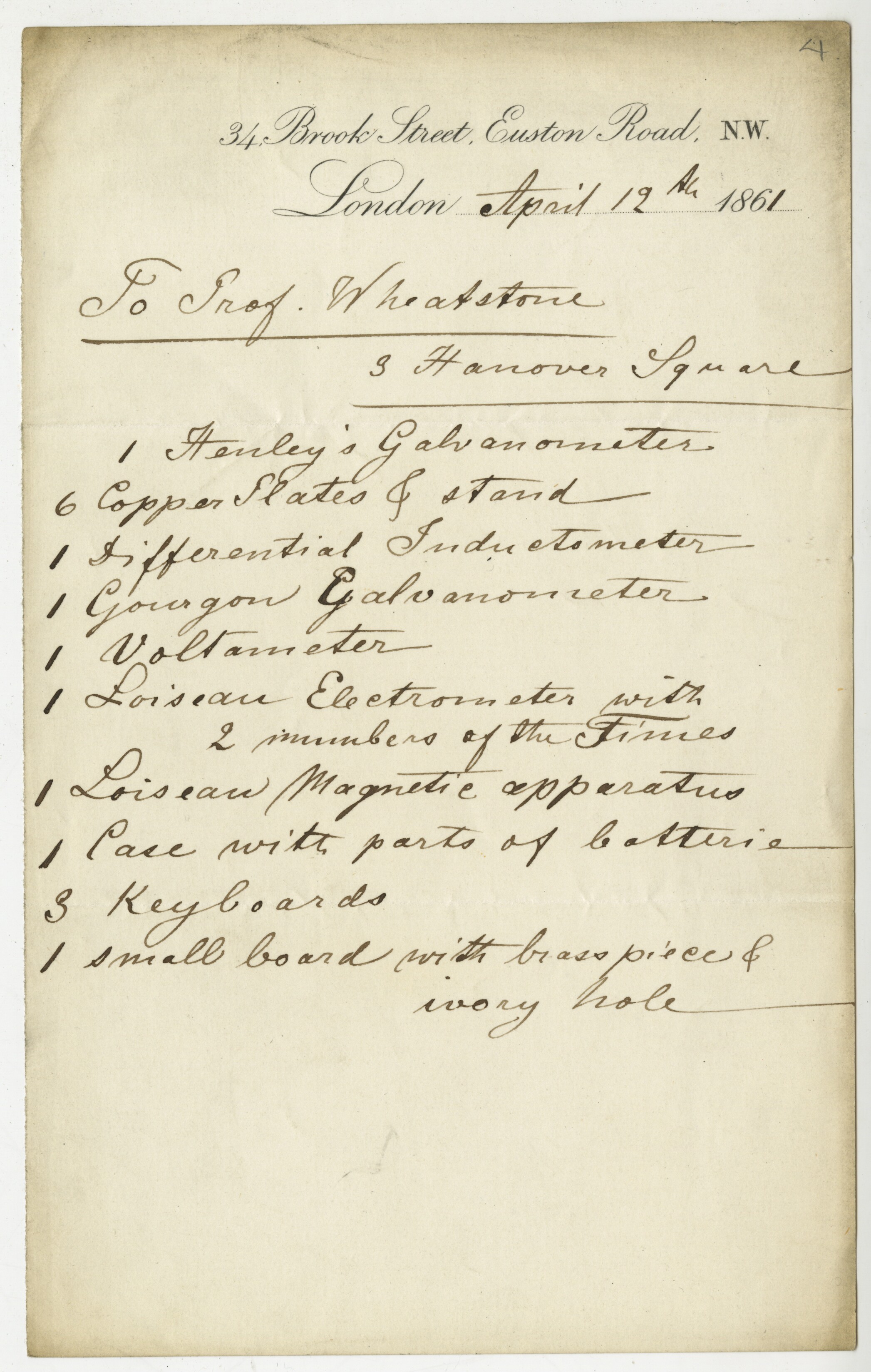