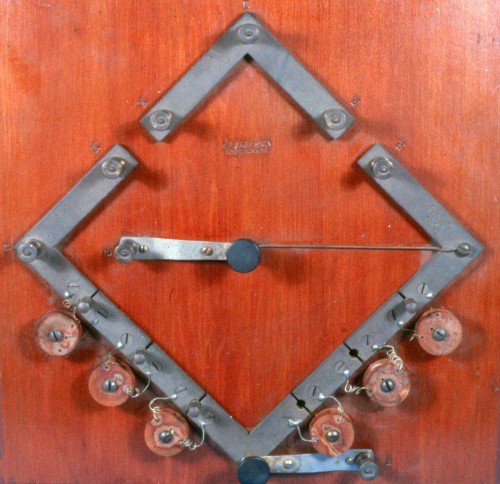 We had an absorbing project meeting on Duplex Telegraphy on Monday.  We read some contemporary articles about the emergence of the duplex system which allowed two messages to be sent over the same wire simultaneously. Cassie made a brilliant powerpoint presentation to explain the technicalities of this system to us Arts and Hums lot. I think you can see it now on our website.  Apparently, Duplex was initially called the “double-speaking” system (1855) which was fabulous for our purposes, because we were also thinking about Victorian ‘double poems’ (as identified by Isobel Armstrong in her seminal, Victorian Poetry: Poetry, Poetics and Politics (1993)).  We read Arthur Hugh Clough’s Dipsychus and the Spirit (written in the late 1840s, but not published until 1865, after the poet’s death) and we also discussed Hiroshi Sugimoto’s Dioramas project, in which the artist photographed a series of museum dioramas.

The duplex system creates a dummy circuit which pretends to be a telegraph line in order to create a ‘balancing’ of resistance on the actual line.  The resistance can be manipulated and needs to be adjusted on a daily basis attend to particular weather conditions that day.  Our own Charles Wheatstone’s ‘Wheatstone Bridge’ was really useful for this purpose (as illustrated here).

What came out of our discussion is that Dipsychus and the Spirit is really a duplex poem, rather than a dialogue between ‘idealism’ and ‘materialism’; or ‘faith’ and ‘doubt’ as it is often discussed by critics.  We decided it is not really a dialogue at all.  This is a poem which rather tries to dramatise the simultaneity of two cross currents.  When there is an interruption or a gap, another signal comes in and cuts across.  It is also, as Caroline pointed out, a poem much concerned with the telegraphic scramblings of “accident and alphabet”, and at one point the speaker describes himself as like “a mere elastic blank.”  That sense of  elasticity and stretchiness takes us to the cable and gutta percha, and to the non-place and abstraction of electric current. By 'duplexing', the poem manages to engage with the ideal without rejecting it, rather mounting a simultaneous and ironic attack on it.  The two signals transmitted simultaneously down the same line create a “double-speaking” which never has to hierarchize itself.

I had to go and give a lecture on Foucault at this point, so I could not stay for the discussion on Sugimoto... Natalie, however, wrote a wonderful blog about it here.